An Often Over-Looked Barrier to Healing from Infidelity 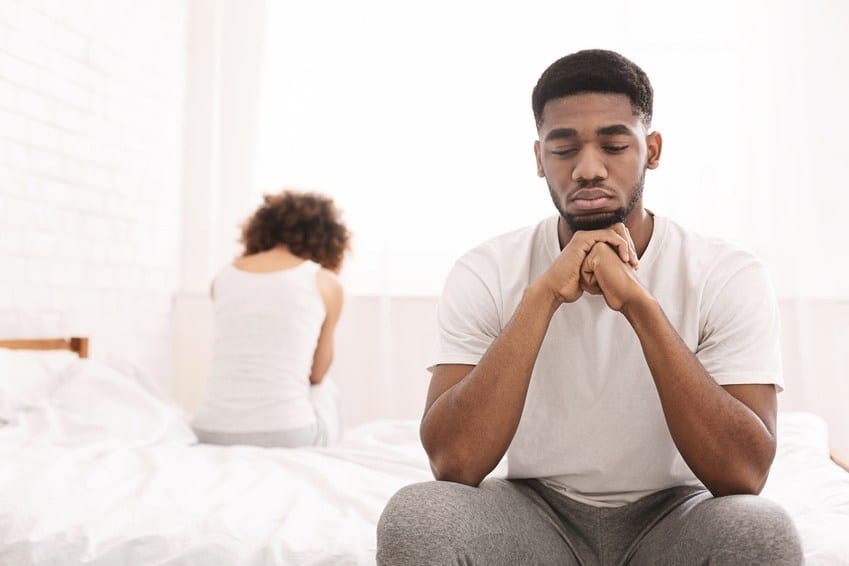 Healing from the trauma of an affair is rarely easy, and it’s rarely straightforward. However, I’ve worked with many couples in counseling who have come back from the devastation of infidelity to rebuild a strong marriage/relationship, so I know it is possible. If you’re on the road to affair recovery, one thing that’s important to keep in mind is that seeming “backsliding” doesn’t mean that you’re not making progress. Indeed, despite how frustrating or unexpected that apparent regression can be, sometimes it means that you’re further along than you think. Let me explain…

I’ve previously written on the early stages of recovering from an affair, but this time I’d like to talk about a common problem often encountered further along the path. When we are deeply wounded by a person who has been hugely important in our life and who remains in our life after the wounding, we need to find a way to protect our emotional center while we heal. That protection requires us to be less vulnerable with our partner, a state of being that’s understandable and useful when coping with the shock and pain of an affair, but a state that we will outgrow when we’re ready for deep re-connection with our mate.

And this brings us to the crux of the problem that so many individuals on the road to affair recovery face, the internal question that may impede continued healing (and the question may be one that is asked of oneself directly, or it may go unnamed, yet still produce effects at a subconscious level); it’s some variation of:

“How do I stay with this person and maintain my self-respect?”

Many couples I’ve worked with in marriage counseling for affair recovery have faced this very roadblock, and because it usually appears at a time when things seem to be improving, it can be exceedingly confusing and even disorienting . . . for both partners. But there’s a reason the betrayed partner, early on, doesn’t typically worry (overtly or implicitly) about whether staying with the person who cheated means reducing their self-respect. Early on, the shock and pain have a tendency of blotting out everything else, so in a real sense, it’s a matter of emotional survival. There isn’t room to think about the more nuanced concept of how your own sense of dignity might be impacted if you remain in the marriage/relationship.

This period of affair recovery can be particularly confusing. “But we were doing so much better!”, I’ve heard many a couple exclaim. “I was starting to trust him/her again . . . I don’t get why I suddenly feel like I’m back at square one.”

If the partner who was unfaithful is consistently demonstrating trustworthiness, if s/he is doing everything possible to make you feel safe and loved, and if you don’t have an objective reason to believe s/he is cheating again, then the barrier you’re up against may be within you. That is not said with an eye toward blaming you; quite the contrary—it’s important to remember that there is no timeframe for healing from an affair, and if anyone tells you that you should be “over” it by a certain date, you might want to rethink taking advice from that person.

With that clarified, it’s important to understand what’s happening within you, and why. Often our values are churning in the background of our minds and guide us from that place, so there are times when the choices we have to make on the outside clash with a strongly held value on the inside, perhaps one we aren’t even consciously aware of.

When you work past the trauma of the betrayal, the hidden barriers that remain may prevent you from turning back to your partner more fully. After all, testing the waters when you decide to advance toward deeper relationship recovery isn’t something you can do by dipping a toe in: typically it requires a leap of faith.

As I’m sure you’re aware from taking leaps of faith in other aspects of your life, being poised to leap stirs up fear within you, especially if you’re advancing toward something that you really want, something that means a great deal to you. And with that backdrop of fear and uncertainty triggered, your mind will likely try to protect you from getting hurt again. Sometimes the mind does that by reminding you of what your partner did and how horrible you felt when you found out about it. That of course will cause you to be back in the most painful moments of your journey, and even though when it comes to calendar time you’ve gotten past them, you’ll be back there reliving them in your thoughts. That can be every bit as painful.

In those moments of rewind, you might experience the shame and humiliation of being cheated on all over again, or perhaps even feel those emotions more acutely in this stage because you didn’t expect them to come up now. This fresh cycle of distress, just when you thought distress was lessening, might make you think that you’ve made no progress toward healing at all, but that’s just not true. Progress sometimes feels messy and painful and chaotic, but that struggle doesn’t dilute it from being progress in truth. Indeed, it might arguably represent greater strides to getting somewhere.

Is it self-respect? Or is it self-protection? Examining the hidden barriers within you

Speaking of self-respect, this quote by Gandhi may resonate for you: “I cannot conceive of a greater loss than the loss of one’s self-respect.” Indeed, it likely echoes what most people believe on any given day. So when your mind is trying to protect you from being hurt again, it might fall back on something as cerebral and uncontroversial as this: a belief in holding on to dignity at all costs.

However, when you examine how this philosophy intersects with your current situation, you might try to take a step back and ask yourself this: “Is re-connecting with my partner and re-committing to the relationship really a repudiation of my own self-respect? If I have been more and more feeling like my partner deeply regrets the infidelity and is working hard to demonstrate trustworthiness (and I have been feeling emotionally safer around my partner), then is it really true that continuing on the path to healing the relationship will somehow shatter my sense of my own value and my own dignity?”

So if any of this sounds familiar to you, you might be feeling validated about your own experience, but frustrated with feeling like you can’t get past this plateau. Every time you try to take that extra step toward moving closer to your partner, the person you love deeply but the person who hurt you (perhaps that extra step is being intimate for the first time, or lowering your protective wall even further and thereby opening up more emotionally to your partner), you pull back, overwhelmed with shame and humiliation and thoughts that you’d be sacrificing your self-worth to re-connect with him/her. So you might be asking, “How do I get out of this?”

There is no easy answer for this, nor is there a quick fix. When both partners have the same goal (the genuine desire to rebuild trust and make the relationship work), and when these potential hidden barriers are brought to the light and worked through with understanding and without judgment, the hurdles in the way of complete recovery may be something you eventually see in your rear-view mirror, rather than in front of you and blocking the path forward.

This post is friend and colleague, Dr. Richard Nicastro, PhD, and appears on his site here .

The authors at Intimate Tickles found this article to be quite interesting, and we though you might like it as well. This articles was originally posted at loveandlifetoolbox.com by Richard Nicastro, PhD