10 Things You DIDN’T Know About The Clitoris! 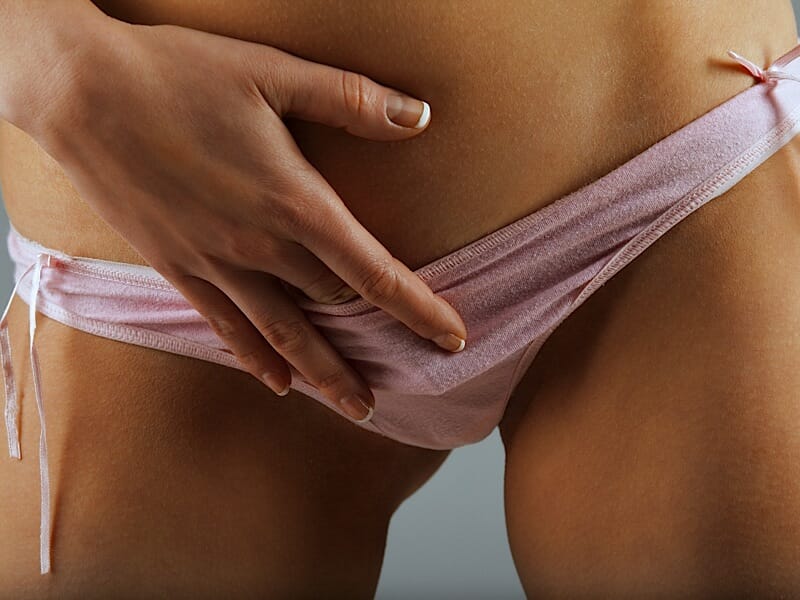 The clitoris does nothing but give sexual pleasure to a woman – it has no reproductive capabilities and women don’t use it to pass urine or for anything else really – just plain and simple sexual pleasure. Check out these other amazing things you didn’t know about this amazing sexual organ!

It Is Made Of The Same Erectile Tissue As A Penis – And It Gets Hard Too!

The tissue that comprises both the clitoris and the penis are the same. During the fetal stage, before birth, the tissue forms either into sexual organ, depending on whether the fetus has XX (female) or (XY) chromosomes. Since a clitoris is made from erectile tissue just like a penis, it too gets hard when a woman is aroused!

It Exists Only To Provide Pleasure

The clitoris does not perform any reproductive function. It doesn’t urinate, it doesn’t give birth to babies (in humans) and it doesn’t do anything but sit there, waiting for the right kind of stimulation to produce an orgasm. So pay special attention to this little guy during sex!

Her Clitoral Orgasm Lasts Longer Than Yours

Even the best male orgasms can’t compare to the length – and quality – of a female orgasm. A really good male orgasm is lasts about 7-10 seconds, while a clitoral orgasm can last anywhere from 15-20 seconds for a woman. In a woman who is able to have multiple orgasms, she may have them so close together that it feels like one big, long orgasm – which can last for several minutes!

The Part You See Is Just The Tip Of The Iceberg

The small bud that peeks out of the clitoral hood isn’t all there is to it – it extends down into the body about four inches (the average size of a man’s penis when it is not erect). It consists of the clitoral bulbs, which rest against the vaginal walls, and the clitoral legs, which reach all the way down to the bottom of her vaginal opening and anus.

The clitoral hood is designed to protect the glans from undue friction. Since there are so many nerve endings in the glans, too much friction, a rough touch or even just rubbing up against a pair of jeans can cause extreme pain. The glans tucks itself away under the hood until a woman is aroused to prevent this. However, there are many cases of clitoridectomy and female circumcision (the surgical removal of the glans or the clitoral hood, also called female genital mutilation). It is estimated that up to two million of these procedures are performed yearly in countries outside the U.S.

It’s Not Subject To Age

While a woman’s breasts may sag and her skin may get wrinkles as she ages, her clitoris won’t be subject to the changes her body is going through. It may get a little larger over time, but it’s ability to give intense, orgasmic pleasure to a woman is the same whether she’s 18 or 88.

A Clitoral Piercing Rarely Goes Through The Actual Glans

You may think that a clitoris piercing would be pretty painful (and it is) but it’s rare that this type of piercing actually goes through the clitoral tissue. Most of the time, it will either go behind the glans or through the clitoral hood, which is much less painful than if the actual erectile tissue is pierced. This allows the jewelry to rub against the glans during sex, making the pleasure even more intense.

Female Hyenas Give Birth Through The Clitoris

Believe it or not, the birth canal in the female hyena is actually through the clitoris. During pregnancy, it will begin to hang below the body (about 7 inches) and when the hyena is ready to give birth, she will expel the cub through a 1 inch diameter hole. Imagine a man giving birth through his penis! This is very dangerous and many first time hyena mothers die during the birthing process.

The post 10 Things You DIDN’T Know About The Clitoris! appeared first on Love & Sex Answers.

10 Things You DIDN’T Know About The Clitoris! was first posted on October 19, 2016 at 7:00 am.
©2018 "Love & Sex Answers". Use of this feed is for personal non-commercial use only. If you are not reading this article in your feed reader, then the site is guilty of copyright infringement. Please contact me at jennifer@jenniferbaritchi.com
Thanks for reading! 10 Things You DIDN’T Know About The Clitoris! originally posted on October 19, 2016 12:00 pm. Click Here to read this article in it’s entirety from the source