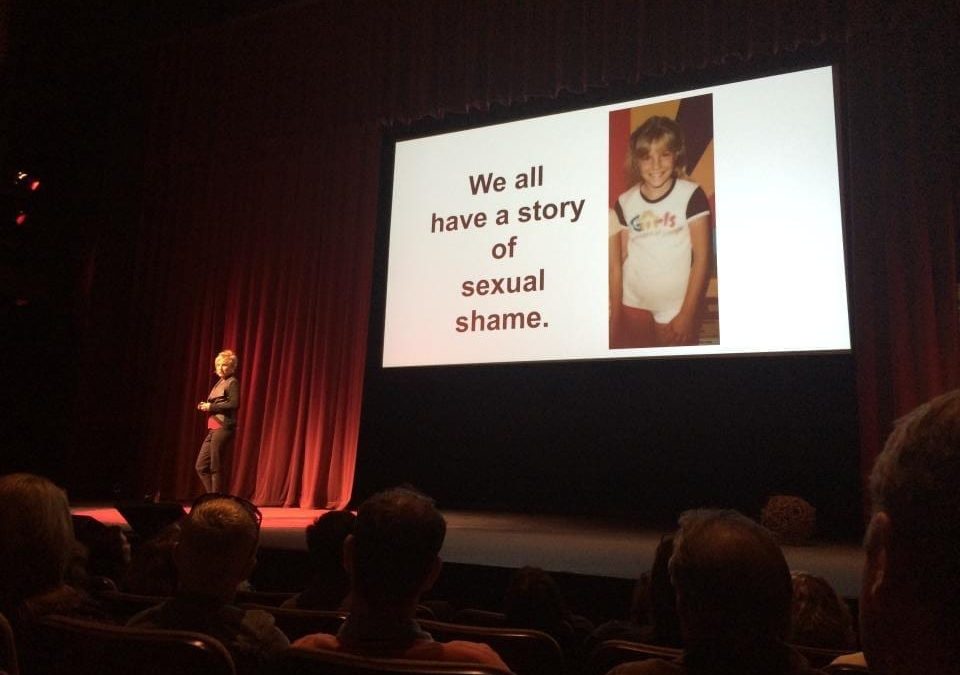 I work with adults around healing and empowering their sexuality because no matter what our age, we need that.

This week we lost a sweet 9-year old boy to suicide. Jamel Myles had come out as gay to his mom who accepted him and told him she loved him no matter what.

He was starting a new school year and decided he wanted to be honest about who he is at school. He was bullied all week during the first week of school and then killed himself.

Sexuality is the core of who we are–which is why this child very much wanted to share who he is with his peers, as he was realizing it for himself. It’s important. Sexuality is key to who we are and how we express ourselves in the world.

Kids at school told him to kill himself. And he did.

It didn’t take long for them to break this young child and have him feeling like his life was not worth living. Because of his sexuality which was still a budding idea and unexplored terrain.

Adults will carry their shame well into their adult lives. I talked about my story of sexual shame when I was the same age as this child in my TEDx talk a few years back. I can’t imagine having been pushed to a point of taking my own life.

We have seen a rash of teen girls commit suicide because of being slut-shamed…there is a new Netflix show about this issue called 13 Reasons Why.

This is not unusual and it should sound huge alarms for us all.

This relates to why I do an entire Sexual Archetype Ritual at Fire Woman Retreat…we need to look at how we are affected by the Slut, the Whore, the Femme Fatale, the Wild Woman, the Mother…we are impacted by cultural ideas about sexuality.

When we fail to address sexuality as the important, magical thing it is…when we do not create spaces for people to reckon with what they’ve not had the ability to look at, to heal what longs to be healed, to be witnessed in the fullness and glory of who we are as whole, complete human beings, we create situations that lead to mental unrest, deep unhappiness, internal fear, low self-worth, and even harming ourselves.

When the core of who we are is attacked, it feels that devastating.

When the thing designed to bring us pleasure brings us so much pain, it’s unbearable.

My heart hurts for Jamel Myles.

Our world is less bright because he is no longer in it.

I am committed to creating spaces where people can do their sexual healing and embrace all of who they are, whether they are gay, heterosexual, trans, poly, kinky, Christian, Muslim or anything else that might impact who they are as sexual beings.

As we do our work as adults, we create more space for children and all those we impact to be who they really are.

I have worked with so many parents who say they have helped their children with their sexuality and development by doing their own work as sexual people.

We are reckoning with sexuality in our culture right now. So much that has been suppressed is bubbling to the surface. It’s Time.

Powerful women need space to be together right NOW to do our healing for ourselves, our children, our relationships and for the earth.

We need the space to heal, celebrate, expand, explore and grow as powerful women.

We are the ones who will change the paradigm.

I ache for Jamel’s mother.

Let us end these heartaches and celebrate sexuality for all it’s glory, beauty, joy, pleasure, and life-force.

I hope to see you at Fire Woman where we will lift up this approach to sexual wholeness.

Jump on the registration of Fire Woman Retreat here: FireWomanRetreat.com

Thanks for reading! Sexuality & a 9-year-old’s Suicide originally posted on September 12, 2018 12:57 am. Click Here to read this article in it’s entirety from the source